Sue Ring-Jarvi fell in love with hockey as a post-graduate student at the University of Minnesota and helped establish a women's club team in the late 1970s. Eventually, that morphed into a highly successful national varsity program. She went on to become a coach and hockey official and is credited with being a pioneer of the female game in her state at every level. Plus, she's still a die-hard player on a serious club team. My story on her for ESPNW's Weekend Warriors series: http://espn.go.com/espnw/life-style/article/14831342/weekend-warriors-pioneer-women-hockey-minnesota 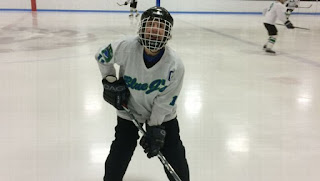 Posted by Doug Williams at 2:43 PM

Doug Williams
After working as an editor or reporter for daily newspapers for 32 years, I decided to become a freelance writer and editor in 2010. Since then I have written regularly for ESPN.com, ESPNW.com, the US Olympic website, the San Diego Union-Tribune, Competitor Magazine and many other publications. I also have had 13 books published (nonfiction youth). I was sports editor and deputy sports editor of the San Diego Union-Tribune (where I worked from 1987-2010), sports editor of the Ventura County Star-Free Press and a columnist and reporter for the Star-Free Press and Eureka Times-Standard. You can reach me at iamdougwilliams@gmail.com or follow me on Twitter: @DougWilliams4

The sites I write for: 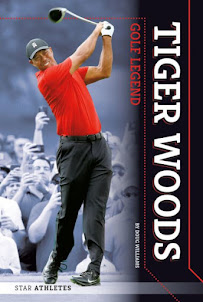 I have written 13 published non-fiction sports books for young readers on topics such as Hank Aaron, Tiger Woods, the history of Olympic basketball, Oregon football and baseball's record breakers. My latest book (above), on Tiger Woods' career and impact, is due out in 2019.